I love reading history because history reenacts itself again and again. When a period ends, people are always quick to clean that period and destroy everything of it, ready to start over. Actually, we should accept the new era with an open mind, without abandoning the past or being afraid of everything new, because the past would compromise with the new era perfectly, not necessarily opposed. That’s why I long for a new spirit of tolerance.

The seven persons in the film stand for seven colors of the rainbow mixing together, which is like the color of mud. But once being refined, each of the seven colors will present itself beautifully, just like the rainbow. The rainbow contains all the different colors, without repulsion. So it’s the most beautiful thing in the world. With so many racial and cultural conflicts in the Taiwan society, it would be wonderful if we could learn anything from the rainbow, tolerating and compromising, which is why the rainbow keeps showing up in the film.

The Vitality of Taiwan

It was a film about music originally. If we show the audience only the music part, which depicts the process of several young persons forming a band, with conflicts and several love stories in it, it would still be a wonderful film. But it lacks of our local culture, and can be done in any place of the world. The uniqueness of a film comes from the unique local cultural points of view.
Cape No.7 is a story happening in Taiwan, and so we have to make it with the characteristics of Taiwan, showing the value of this land. It should be dominated by localness. This is a beautiful place, with the vitality of environment, history, culture, landscape and race. Therefore, I chose the extradition of the Japanese aliens as the story background, and I set the location in Hengchun, which is a small town of the most ancient walls and the most luxurious hotels, the simplest residents and the tourists in bikinis walking on the streets, the traditional yukins and the modern rock music, and the aboriginals and Hakkas.

About the Production Crew

WEI Te-Sheng’s film career began when he found a job in a small production company. In 1993, he became grip assistant in Edward Yang’s film studio, and at the time when Yang was filming Mahjong (1996), Wei was promoted from grip assistant to assistant director. Then, from 1995 to 1998, he himself shot a number of shorts including Face in the Evening (1995), Three Dialogues (1996) and Before Dawn (1997), all three of which won Golden Harvest Award for Film and Digital Video. Following these, his first feature film, About July (1999), was well received by film critics in Taiwan and was honored with a Special Mention from the Alcan Dragons And Tigers Award For Young Cinema at the Vancouver International Film Festival. Wei was also the associate producer of Double Vision (2002.) Then, in 2004, he raised USD 7700 to shoot the trailer of Seediq Bale, the first step towards raising USD 10 million to finance the shooting of the complete film. The richness of the scenery and the epic atmosphere presented in the trailer surprised and amazed the world of Taiwanese cinema, showing Wei’s unquestionable ability to create big budget productions. Seediq Bale would be his next production project.

Director of Photography
CHIN Ting-Chang
He was awarded the Best Cinematography of ATV and Thessaloniki Film Festival in Greece. The Korean director Kwak Jae-yong(My Sassy Girl) invited him to be a cinematographer in Korea. His film credits include Love’s Lone Flower, Crystal Boys and Cape No.7.

Music
Fred LU
He has been the music director of many pop singers’ concerts. In 2002, he assumed the scoring job of the film Twenty Something Taipei.

LO Chi-Yi
He is a well-known music composer in Taiwan. He has written songs for many pop singers, and scored the music for over 50 TV dramas in Taiwan and Mainland China. His film credits include About July and Cape No.7 by Te-sheng Wei, and also the 5-minute teaser of Wei’s next production Sedeq Balai. 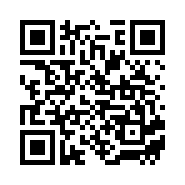